List of people mentioned in delations of rev. Zaleski from Kobylin

List of people mentioned in delations of rev. Zaleski from Kobylin

„In the records of Suwałki secret War-Investigating Commission to the political affairs nr 2 from 1863 we can find, among others, correspondence of rev. Zaleski from Kobylin with the War Governor in Łomża. (…) in which without any scruples he reports participants of uprising, not excluding even the closest – that is clergy.”

„Central Committee had its commissioners and nobody contacted members of the Committee but commissioners. Each member had his commissioner, who, in case of his arrest took member’s place. Voivodships had its commissioners and war governors – voivodship general agents. Each county had two governors – administrative and war. Counties were divided into circles and those into circuits. War governor of county had a district travelling governors of secret national police, that is gendarmerie. Circuit heads were members of both administration and the police, they had policemen under them. Their titles show themselves their scope of activities. Besides there were revolutionary Tribunals which consisted of: country war governors assistants, circle governors, travelling governors and even circuit heads or separately nominated judges.”

Rev. Władysław Szabrański – a member of Committee, a vicar of Virgin Mary.

Markiewicz – an assistant of the Governor of the City of Warsaw.

Rev. Iwanicki – a governor of the city of Tarczyn, pastor.

Wincenty Kamiński – a student of the Warsaw Doctors Academy, at the beginning he was a general agent of Central Committee for Łomża county, who transported nominations, regulations, papers and printing.

Wilhelm from Sędziwuje – was to be a war governor of Łomża county, before he was an assistant.

Adolf Kamiński from Kowalewszczyzna – overtook place of Wilhelm, before he was a district governor.

Adolf Litwiński – it was said for sure, that he was to be a civil governor of Łomża county after the Wilhelm’s escape.

Andrzej Litwiński from Korytki – Adolf’s brother, a governor of gendarmerie.

Rev. Skiwski from Szumowo – a district governor in Łomża district.

Witold Kisielnicki – was to have some important posts.

Choiński – gendarme from the church village of Kołaki.

Rev. Walenty Osiński – a pastor from Sokoły, who was the first and the most active district governor general in Tykocin district; during the revolt in January 1863 two times he led his parish against Cossacks, staying in Wysokie Mazowieckie, but the first night they retreated and the next night they attacked.

Kierznowski from Stokowisko – a second district governor and presiding over the revolutionary Tribunal.

Rev. Michał Stasionis – a missionary, was to be a governor of the city (Tykocin), accepted oath, visited villages, was organizing, national papers were coming to his hands; he had very stormy rebellious sermons. It was said for sure, that he was to stay in Sereje, Sejny county; escaped to Lithuania.

Straszewicz – a defender in Tykocin, was very active and he was to exercise responsibilities of a constable.

Brothers Władysław and Ignacy Idźkowscy (pencil annotation – „hanged”).          Świętorzecki from Tykocin, Franciszek Makowski from Nowe Wykno, Kulesze parish, who together with Józef Kulesza Gawk from the same parish, caught two Jews with the help of others in Kulesze and delivered them to Kobylin party, where they were hanged.

Rev. Ludwik Talarowski – was to be a governor of the city; in subsequent correspondence rev. Zaleski revoked this information.

Toczewski – a former vice prosecutor of the Corrective Court in Łomża, the most enthusiastic patriot, he had to hold important post in organization.

Cichorski – called Zameczek, from Tykocin district, with help of district policemen late fall (1862), selected in all the parishes one or two his agents, drew people preparing for uprising. Sent to investigation against rev. Zaleski.

Godlewski – a steward from Stelmachowo, a Cichorski’s agent. With the son of Trębicki, a forester from Stalmachowo, led about 500 volunteers to Tykocin, but because Wikoszewski, a main commander did not come in time, Trębicki dissolved people and they quietly came back home.

Kierzkowski from the village of Kierzki – a Cichorski’s agent; when the sign to uprising was to be issued, he was to inform conspirators to prepare scythes and piques.

Smorczewski from Pażochy – in church he presided with sons in singing (patriotic), belonged to the movement, he directed his son to become a gendarme. An author of the delation to the Great Duke, in which rev. Zaleski was shown as a rebel in fear that he betrays insurgents. Coauthors of the delation were rev. Krzywicki, a former vicar of rev. Zaleski and Waniewski. He persuaded Leopold Roszkowski, called Łośto punish rev. Zaleski. At the end he started to invent things against his son and rebels and that is why they were hanging him.

Bartłomiej Kropiewnicki from Kropiwnica called Brejczak –a gendarme, collected arms, formed rebel troops. With comrade Sawicki they reported to Łapiński in Choroszcz with demand to render a gun, which he owned. Brejczak took also weapon from the head of the village Czajki, Wincenty Czajkowski, and during the way back he managed to escape the Cossack cadet Grekow and non-commissioned officer Lewicki.

Łapiński called Sucha Ręka (Dry Hand) – properly his name is Feliks Zdradowski. His parents sold their estate in the village of Zdrody and bought one in the village of Jamiołki-Pietrowięta. Caught by baron Fitingof and brought to Sokoły, deceived captain Cierpiłowski and hid his real name. He was very active, recruited people to the Skarzyński party from Pietkowo, Poświętne and Sokoły parishes, confiscated and supplied arms together with gendarme Czajkowski. He received orders from rev. Osiński. He is known in villages of Zawady, Kobylin and Franki-Dąbrowa.

Onufry Sokolewicz – a former Warsaw militiaman sent from Moscow, hiding in forests or mills by Tykocin, near the village of Skierki, in the settlement of Kiermuz[1].

Leopold Słowikowski – from the village of Skierki, hiding in the forests near Tykocin, his father hanged some cavalryman, to which he does not admit; he was sent to Grodno. Słowikowski’s mother brings her son food.

Józef Stypułkowski from Bagienki or Babin, because at these villages his father owns property, old man last year was arrested in Białystok. Józef burned the bridge in Złotoria, he is a hanging gendarme.

Franciszek Stypułkowski – gendarme policeman, did not take part in hanging Jews in Kulesze, he was sent to Grodno.

Zdrodowski in Jamiołki – too smart and clever (rev. Zaleski asks to give the Sokoły officer an order to arrest Zdrodowski).

Ciborowski – called Kasztelaniecki, favorable to the Government and unfriendly to the rebels, according to rev. Zaleski, as a result of sneaky actions and plots of rebels, he is already in Siberia, because he was detecting a lot.

Werner – a colonel, who informed Bazarewski or directly Dębski about delations of rev. Zaleski.

Sutkowski – played an excellent role in the organization and kept at home national tax cash.

Excerpts from the Russian records about the uprising of 1863

The head of the Łomża county was first Władysław Wilhelmi –  an administrator of Sędziwuje estate, after him Andrzej Litwiński from Korytki took over the post, after his arrest and death – his brother Adolf Litwiński, finally Wyszomirski from Tabędz.

A governor of the gendarmes was first Stefan Woyczyński from Poryte, after his resignation this post took Aleksander Grzymała from Długobórz. Woyczyński was arrested, but as a result of gen. Murawiew’s order, he was released.

Łomża county was divided into five districts, each had its district governor, a governor of gendarmes and a tax commissar.

I Miastkowo District: a governor was Julian Grochowski from Miastkowo, a governor of gendarmes – Franciszek Wierzbicki from Boguszyce and a tax commissar – Antoni Milberg from Szczepankowo.

II Kolno: a governor was Witold Kisielnicki from Korzeniste, a governor of gendarmes Józef Bukowski from Chycin and a tax commissar Jan Rzętkowski from Jeziorko.

V Tykocin District: a governor Aleksander Żakób a judge, a governor of gendarmes Władysław Malewski, and after his departure to the party – Feliks Dąbrowski from Tykocin, a tax commissar Hieronim Straszewicz an attorney.

A governor of the city of Łomża was Aleksander Mieczyński, a teacher and after his departure to the party – Władysław Trzeczkowski son of the president of the Tribunal.

A governor of the police was originally Artur Awejde and after him Ludwik Wroński a junior high school teacher.

An official for special orders was Tytus Wojciechowski, doctor’s son.

For distribution of revolutionary passports – Antoni Troczewski a prosecutor.

Finally an older gendarme was Wilcz, a house owner.

To awards for the loyal attitude towards government were qualified: Antoni Nowiński, Stanisław Białosuknia, Konstanty Mączewski, Antoni Połtyżewski i Jan Tomicki – a presidant, prosecutors and judges of Tribunal, Julian Śmiarowski a notary, Mikołaj Rogowski a notary, Jan Podbielski a judge, Feliks Dębski a governor of the county, Aleksander Grekowski a mortgage writer, Jan Tomicki an attorney, Antoni Etinger an assessor, Karol Górski a notary, Jan Górski an attorney, Tymoteusz Kiełkiewicz an assistant of a governor of the county, Hipolit Gomolicki a reconer, Antoni Majewski an architect, Józef Konarski a mayor of the city, Henryk Batogowski an assistant of the cashier, Michał Charłampowicz a postal clerk and Konstanty Rogowski  a clerk.

In place of execution, during the German occupation, a piece of grassland was bought with donations and a memorial was erected of a big boulder with cross surrounded with crown of thorns with two crossing scythes and an inscription: „ To fighters for freedom of Homeland – Nationals”. The main initiator and executor of that beautiful reminder was E. Zajączkowski, the owner of a photo shop. In later times the Municipality expanded, drained, fenced and forestated mentioned site.

[1] The correct name is Kiermusy. 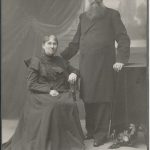 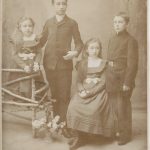 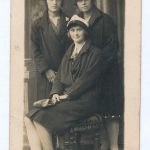 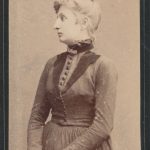 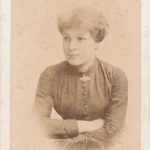 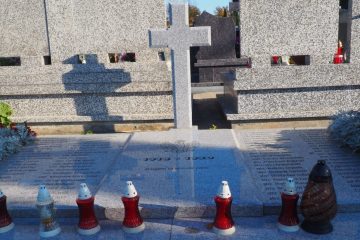